We can’t imagine any greater complement than a project that had been graciously referred to us by one of our previous clients.

…When she emerged from our yards in mid 2011, the newly re-christened Ark Angel boasted a fully restyled body kit

Interestingly, this will be the third time HYS Yachts has done a complete make-over for this very vessel.

In 2000 we initially converted her from a Japanese maritime cadet training vessel – the Taishu Maru – into a luxurious go-anywhere aquatic recreational platform – the Tiara II.

When the Tiara II was sold in 2004 and rechristened the Galapagos, her new owner turned her back to HYS in order achieve a massive upgrade which would bring her into the functional and aesthetic league of other modern expeditionary yachts.

The Galapagos was sold once again in 2009 – this time to a close friend of her original owner.

As a previous guest aboard Tiara, the soon-to-be new owner knew first hand about the care and quality of workmanship HYS brings to their projects. So, when he began toying with the notion of another refit, the Galapagos motored out of European waters on a long trans-Pacific journey “back home” to the HYS refit facility.

When she emerged from our yards in mid 2011, the newly re-christened Ark Angel boasted a fully restyled body kit, two heli-decks (one large enough for the new owners Agusta 109, the other for touch-and-go passenger service), a sleek, contemporary stern unit, new side coamings, and a spacious open-air sun deck complete with salt-water jacuzzi. 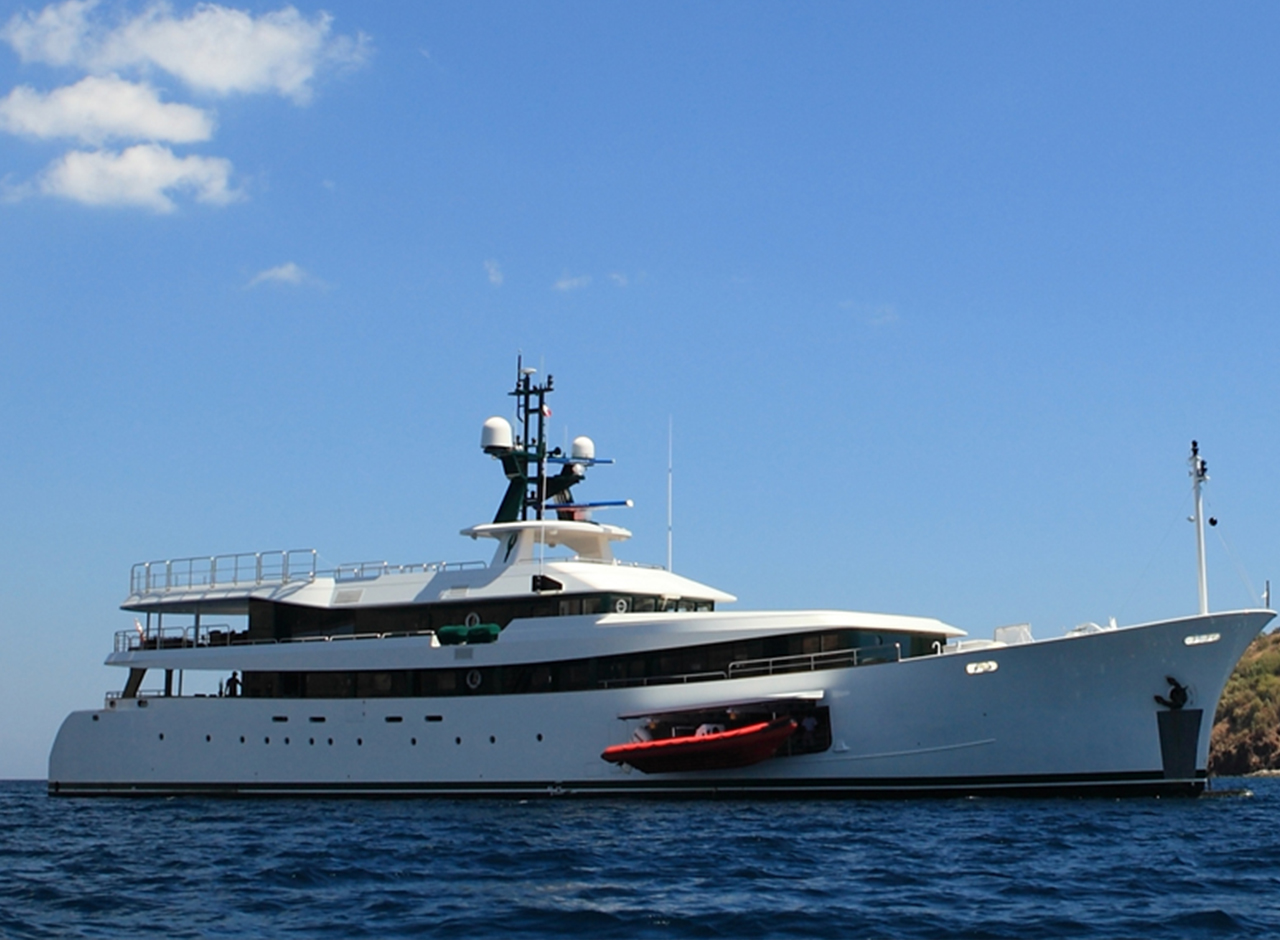 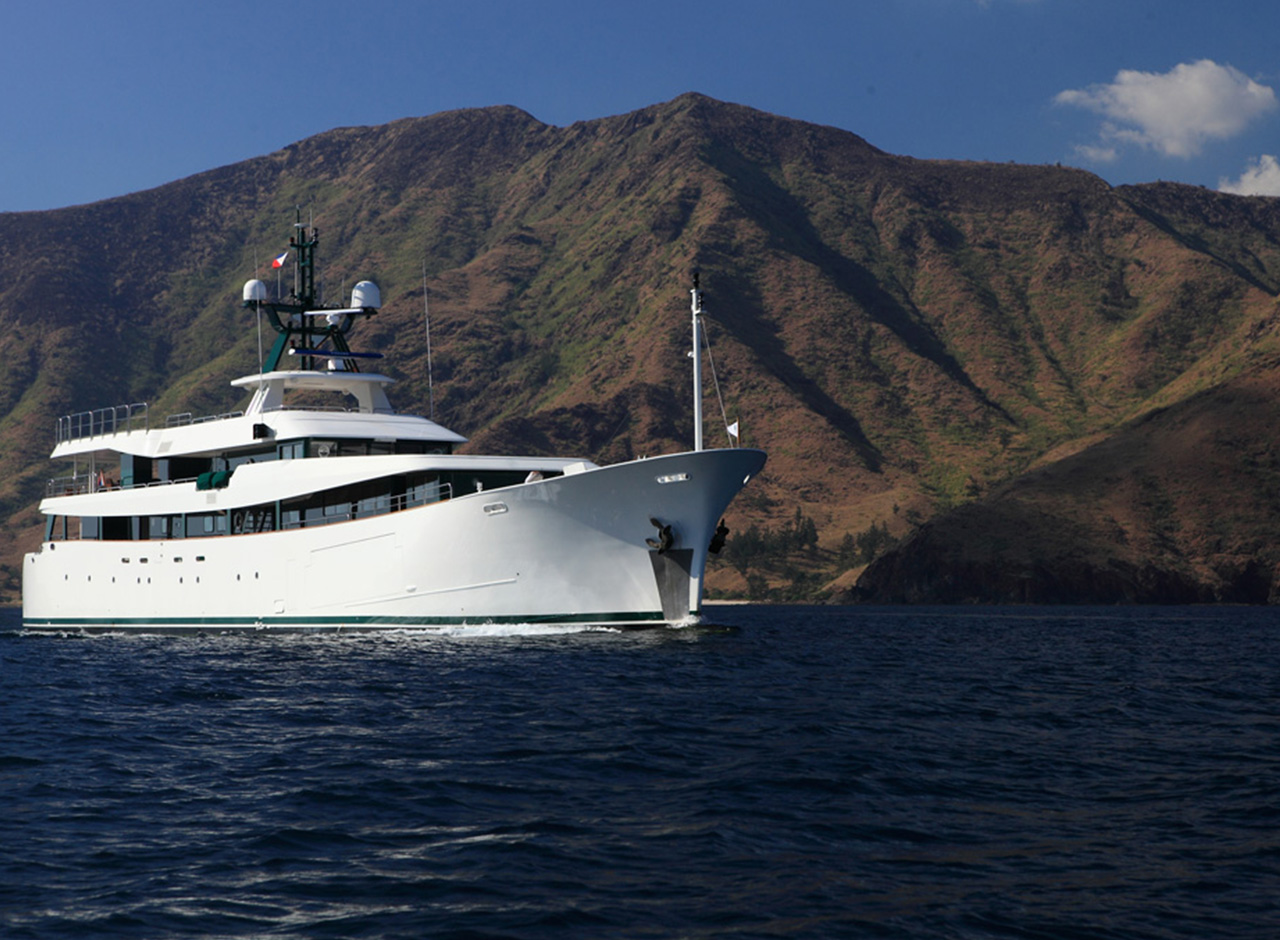 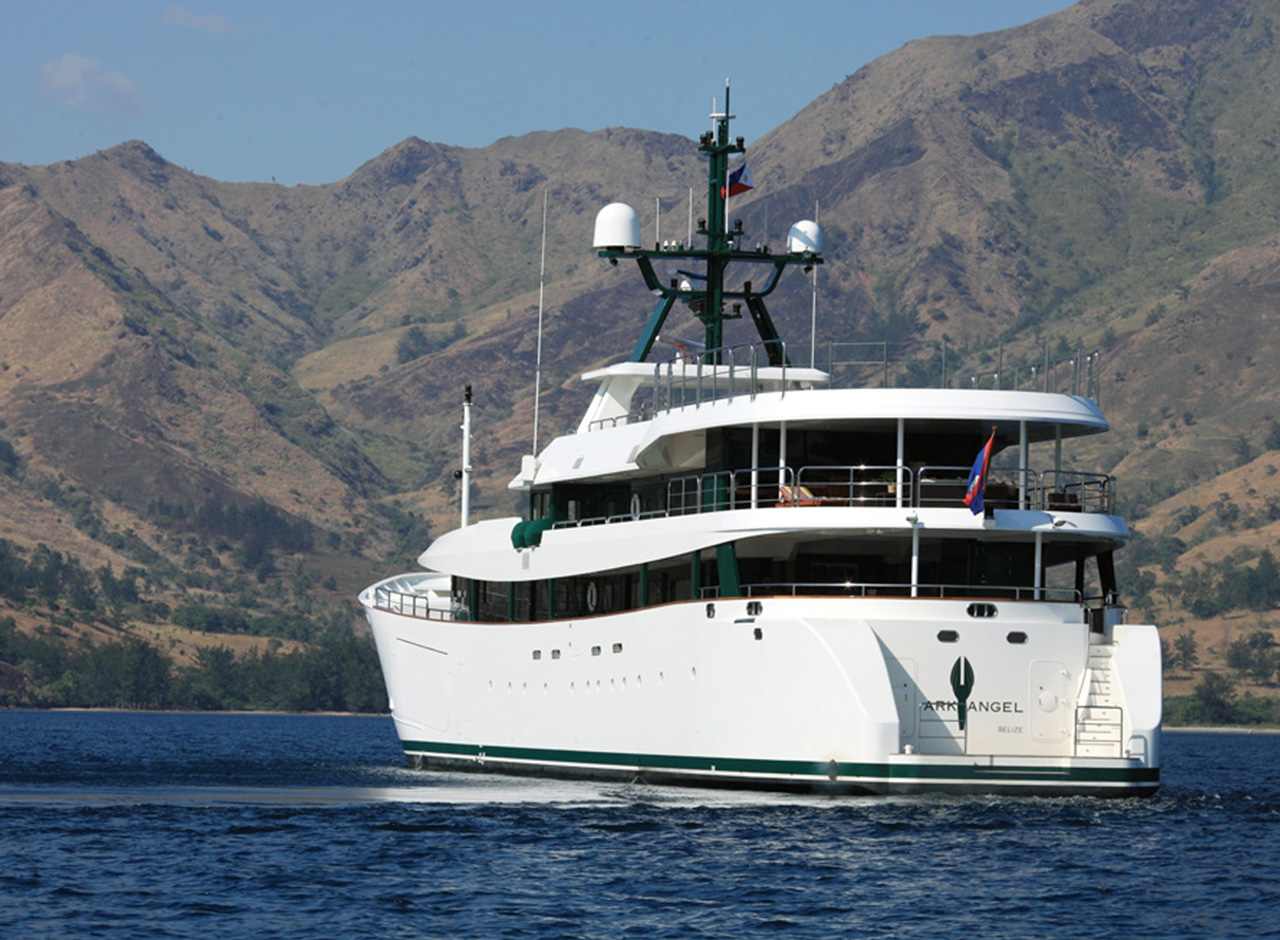 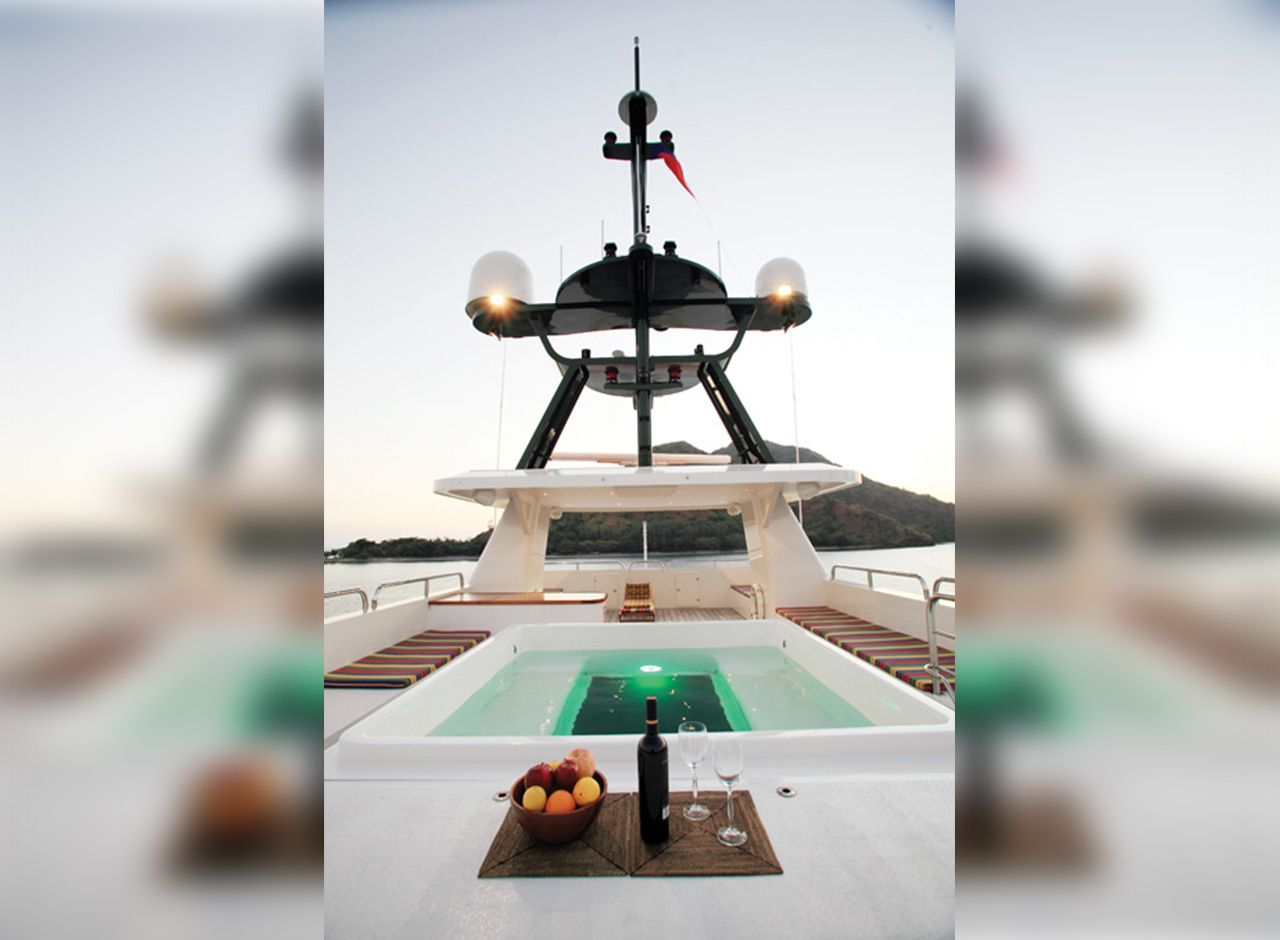 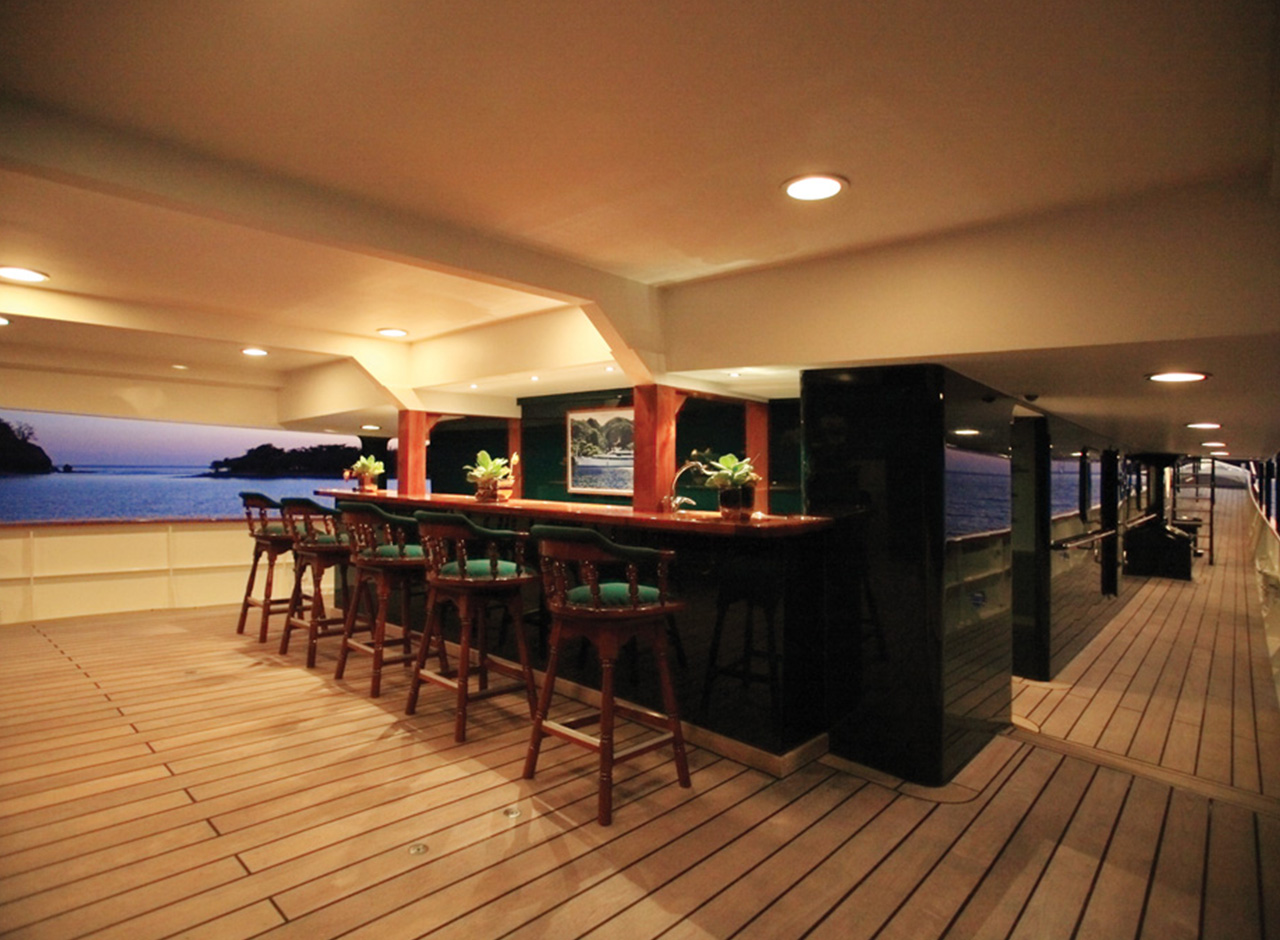 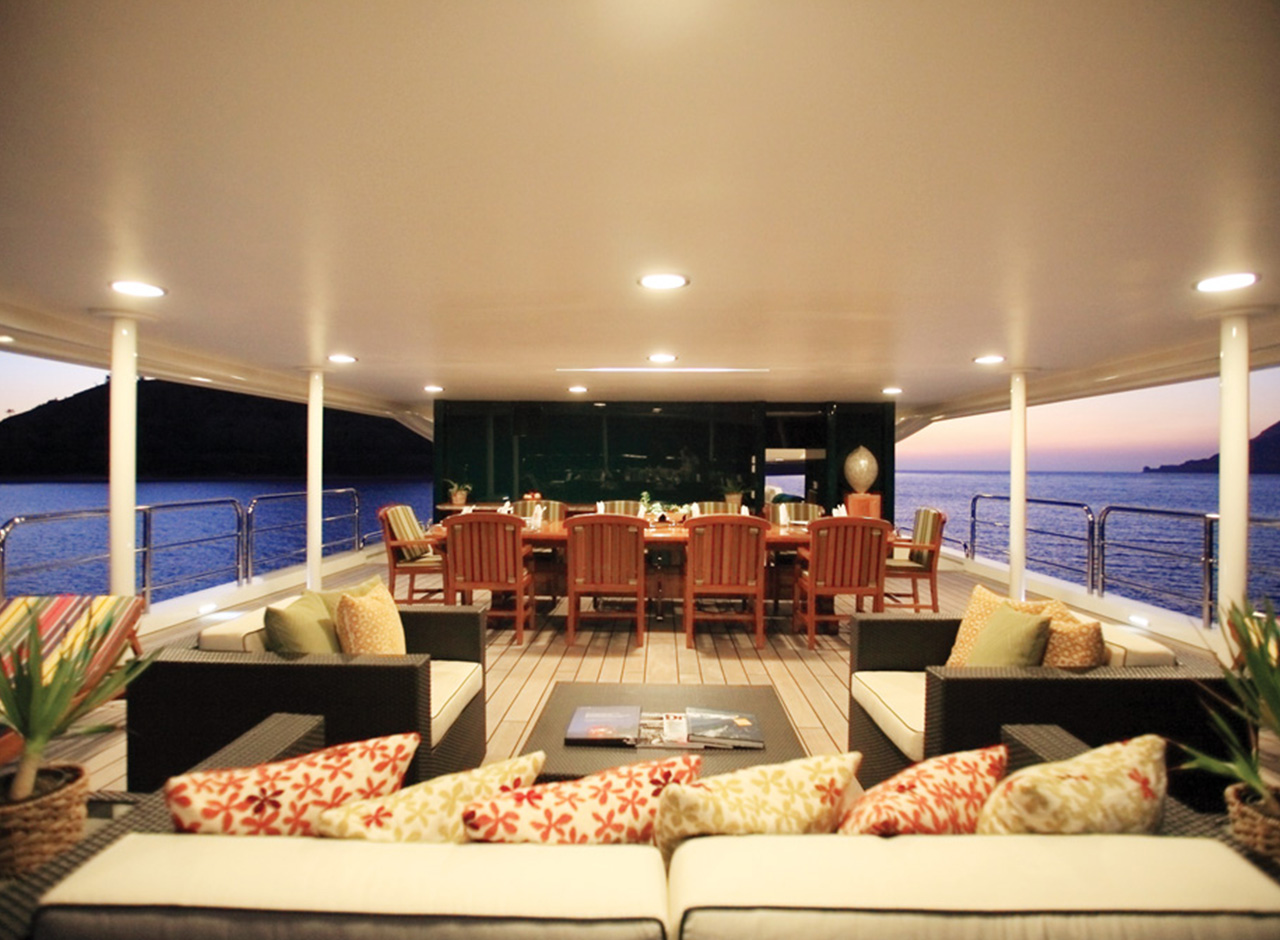